It’s no secret to parents that Hollywood has, in steadily increasing levels, laced their movies with profanity, graphic violence, nudity, drug use, and adult-oriented content (i.e., the bad stuff).

See a need, fill a need. Companies like ClearPlay, CleanFlicks, and VidAngel have arisen to address the issue of family safe movie watching, and have, using technologies that have evolved over the years (to avoid Hollywood lawsuits), given parents a way to watch mainstream movies with their families, without all that bad stuff. 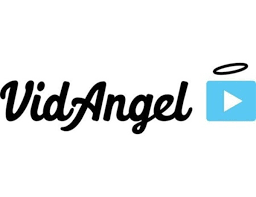 In the beginning, around 2000, CleanFlicks rented DVD’s with the bad stuff edited out. This was quickly shut down by a group of major film producers (i.e. Hollywood). So CleanFlix were the first, and on the right track, but that company no longer exists. Point for Hollywood.

Lucky for us men of good moral character, A) still exist, and B) have not backed down so that today we can watch streaming movies with what is essentially a digital overlay (which can be delivered in different ways) that gives parents the ability to choose what they want to allow into their families minds. Don’t want to hear swear words – check a box and they are gone from that movie in a way that does not alter the original video. Brilliant!

VidAngel, based out of Utah, is a movie parental control company that has been gaining in popularity because their product works well, and on many different movies, and platforms. Their popularity has put them on Hollywoods radar.

Enter our ‘family oriented’ company Disney which has sued VidAngel, who are breaking no laws, calling them pirates. Pirates…how can that be? The real pirates are

using The Pirate Bay, and downloading their movies for free, but Disney, who could stop that if they wanted to, don’t really care about those pirates. However, if one decides to remove the PC brainwashing from their ‘family’ movies – that warrants a legal smack down, using the virtually unlimited funds they have.

Which begs the question – why does Disney care so much about a small company providing parents an optional method of watching their movies – for which Disney is still being paid for? Seriously, who, and how is VidAngel hurting anyone, and why don’t we hear about this law suite in the mainstream news? So many questions…

IMO, Disney, nor any major studio (all of them owned by the same people) do not care if you watch their movies for free, because it’s more important for them to shape our thinking, than collect our $7. Societies today are manipulated through programming, and companies like ClearPlay, and VidAngel are messing with that ‘programming’.

Just another reason not to trust Disney, nor any product they sell.

This 6 min video by VidAngel tells the whole story in an easy to understand format – highly recommended!

We are at war folks, and it’s a battle for our minds, and the minds of our children. VidAngel is our last stand in regards to filtering out Hollywood’s mind poison.

Please help VidAngel, and by extension every other company fighting Hollywood, by going here and signing the petition: SaveFiltering.com